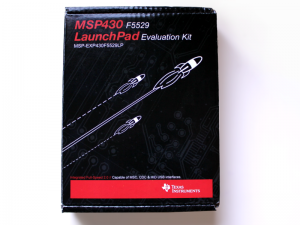 So my original plan was to FINALLY use a couple of MSP430F133 that I got like a decade ago but never had the tools to use them, and program them with the Launchpad.

I stumbled upon a problem early with the plan, though. My old processors DON’T have a SBW bus so I can’t use the launchpad’s EZ-FET hardware with them. My only options were using JTAG (Joint Test Action Group) or BSL (Bootstrap Loader)… “protocols” that the programmer portion of the Launchpad does not speak.

I discovered, however, an application note from Texas Instruments (SLAA535A) that details the use of a standard MSP430 launchpad as a BSL programmer, which in theory  would allow me to program my stupidly-old processors with the board (btw, if you are struggling to find the Windows FET Drivers for the Launchpad, here they are. Have no idea why there’s no link to them in the Launchpad’s page. It took me ages to find them).

The QFP package of my MSP430F133 processor is kinda difficult to interface with, so I started by making a board where I could mount the MCU and have every pin available through standard 0.1″ pin headers: 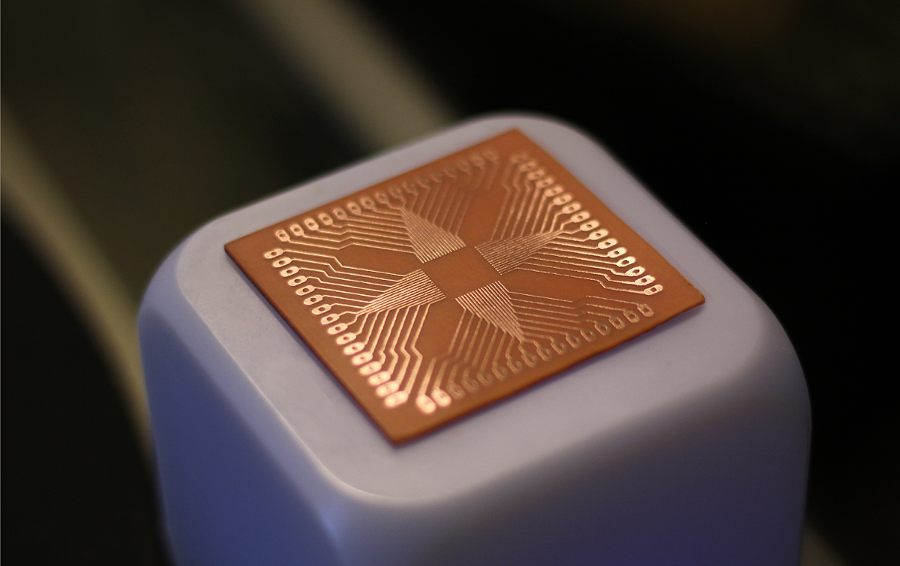 Took me like 15 transfer attempts to get every tiny trace right using Press-n-Peel sheets.

After I soldered one of my processors on the board I had something like this: 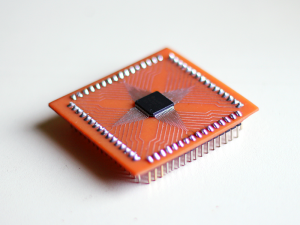 Now this is the tragic part: it turns out that the particular launchpad I purchased has a processor that is drastically different from the one used in the application note (for which the firmware was developed). When I tried to recompile the FW to use the MSP430F5529 instead it failed miserably because the code relies quite heavily in registers that don’t exist in my Launchpad’s MCU.

This is my first time playing with the MSP430 processors so I totally lack the knowledge to port the firmware to the MSP430F5529.

I reached a dead end, sure, but since I was already fiddling with this thing I decided to have some fun with the Launchpad board (which means I won’t be using my adapted MSP430).

Developing and testing code with TI’s Energia (a modified Arduino IDE) is quite straightforward, particularly if you have previous experience with Arduino. It’s basically the same. It comes with tons of examples and libraries for different modules and devices and you can compile your code and “burn it” into the target board with the press of a button.

I also downloaded the quite-promising MSPGCC toolchain because I love C and I’ve been in love of GCC since my early teen days using DJGPP in DOS.

I wrote a quick “blink-a-led” program based in the tons of examples online and I was ready to test it out.

MSPGCC compiled the code with no problem, but I soon learned that there was little to no info online on how to transfer the compiled binary to the Launchpad when you are coding stuff without an IDE.
Surprisingly there are tons of tutorials on how to do it on Linux using tools like MSPDebug, but there was none that told me how to use the standard command line tools… in Windows.

I didn’t really want to download the stupidly big, Eclipse-based, EVALUATION version of “Code Composer Studio” which probably could have solved all the problems for me, so I kept searching until I found (combining bits from different sources) how to correctly compile and download the program to the MSP430F5529 processor in the target portion of my Launchpad using nothing but the MSPGCC toolchain and the MSP430Flasher Utility from Texas Instruments.

Here’s what you need to compile the code, first: (my C file was aptly named blink.c)

If your launchpad has a different processor you most definitely want to modify the -mmcu parameter in the first two calls.

The previous steps will output an Intel HEX file that can be transferred to the board using:

(Again, you’ll need to change the device if you are targeting a different board).

If it asks you to upgrade the firmware in your device you’ll probably want to accept. It kinda refused to do anything else until I accepted the upgrade.

After it finished burning the code into the processor this is what I had:

In the end I couldn’t use my old MSP430 processor and wasted a lot of time doing a stupidly small board for a bunch of prehistoric controllers I couldn’t really program with the Launchpad I purchased… BUT.. I learnt how to use the Launchpad and MSPGCC together to develop programs in C and compile/burn them from the command line and that’s pretty damn exciting!