Please also note that the provided example is very basic and doesn’t perform fancy checks. This was done to keep things simple. Most of the sample replies lack proper HTML structure and you’ll need to add several extra safeguards in a real application. I’ll go over the example code here briefly, just focusing on the relevant parts.

Each function receives the associated socket, which is required by the few handy functions from the module. However this also means you can handle everything at a low level yourself, using sockets, if you so desire.

Anyway, once you have those functions in your code, starting the HTTP service is done by calling:

In the example I’ve started the HTTP service on port 8080. HTTP traditionally runs in port 80, but 8080 is a popular choice if a traditional web service is already running. You can use any port you want, but with 80 you don’t need to specify the port in the URL as I’ll later need to do.

You’ll notice that HTTP_errHandler in the example only prints the received error code and its description, and does nothing else. In a real program you may want to stop the program execution if the server could not be started, or try a different port, etc, you know, actually reacting to the error messages.

The HTTP_handler function in the example implementation is also really basic. It compares the received request against several URIs it implements, and returns different data depending on what was requested. Normally nothing fancier is required, save for better responses and sanity checks. Of course extra parsing is needed if you want to receive arguments in the URL, or want to support paths with URL-encoded characters (I may add that later).

To reply to a request you can use the httpd_HTMLResponse function for standard HTML responses, and httpd_fileResponse to send binary data from a file. There’s a more generic method httpd_response that can be used to implement replies with data from other sources or with other MIME types.

Compile the example with $ make and run it with $ ./example.

Once running, the code will start increasing a counter each 5 seconds while the HTTP service runs, and your Raspberry Pi now will respond over HTTP to requests made to a few specific URLs, namely “/stop“, “/counter” and “/picture“. Anything else will cause a simple and generic 404 message.

Here you will see several calls made from my browser (Chrome) to my Raspberry Pi running the example. The local IP address of my Pi  in my home network is 192.168.2.103). I had to append the port to the URL as I wasn’t using the default for HTTP (80). 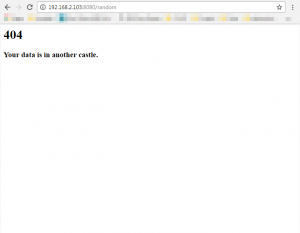 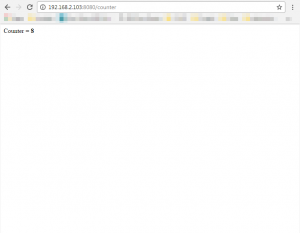 “/counter” returns the current value of the live counter. 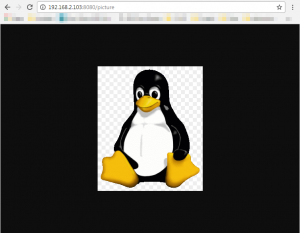 “/picture” replies with a PNG of Tux stored in the same folder as the example. 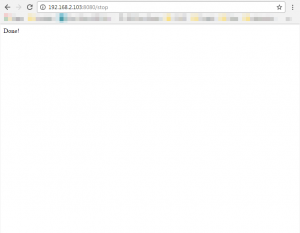 This is the console output of the program: 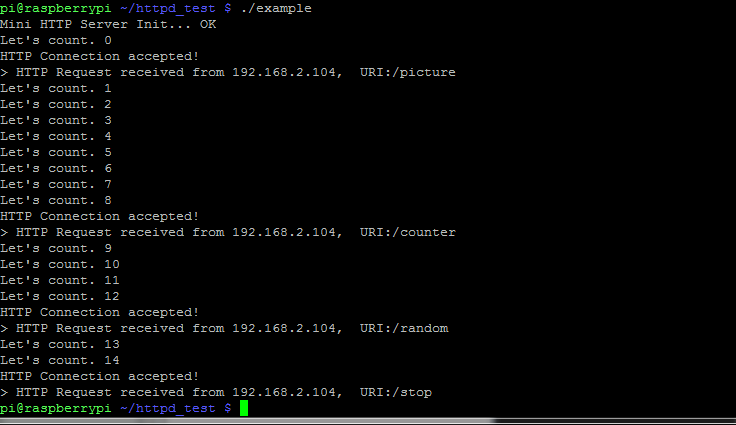 The same requests from the perspective of the Raspberry Pi.

After the “/stop” URI was invoked, the execution ended.

Since you can specify the MIME type of the data you return, you can serve pretty much any kind of content you want including JSON, XML, pictures, binary files, etc. And because you are running a program and not a PHP script, you can get this data from hardware sensors, input devices, system processes, weird filesystems and virtually anything you can access from native C code.

I know this will come in handy in my future projects, so that alone was reason enough to do this,  but it would be great if this happens to be useful to other people as well. Again, all the code and the example is in the GIT-Hub Repository if you want to give it a try.