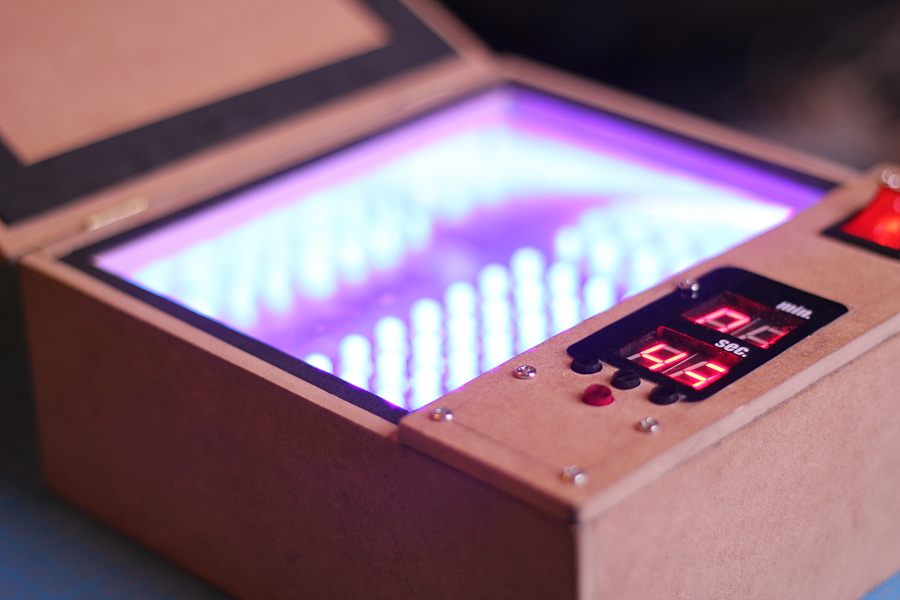 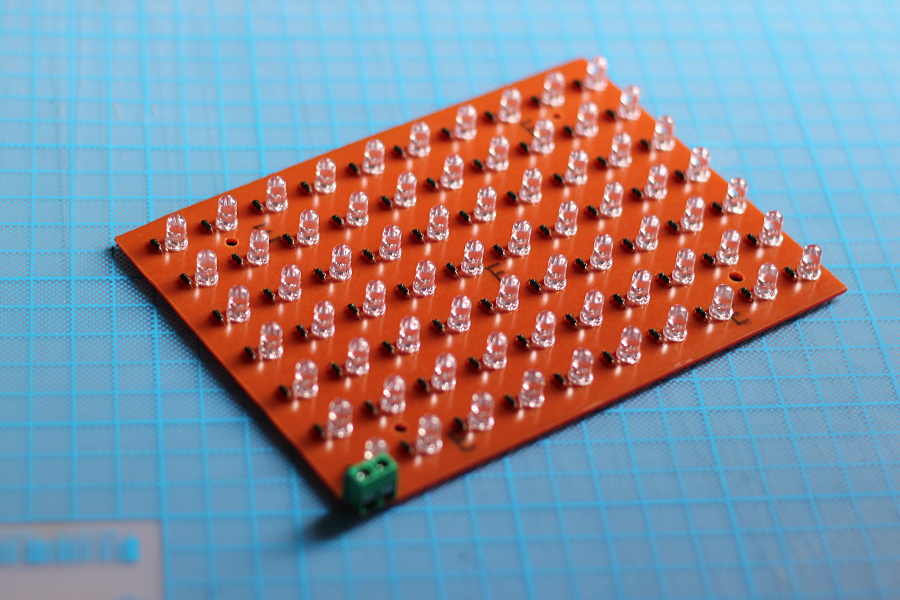 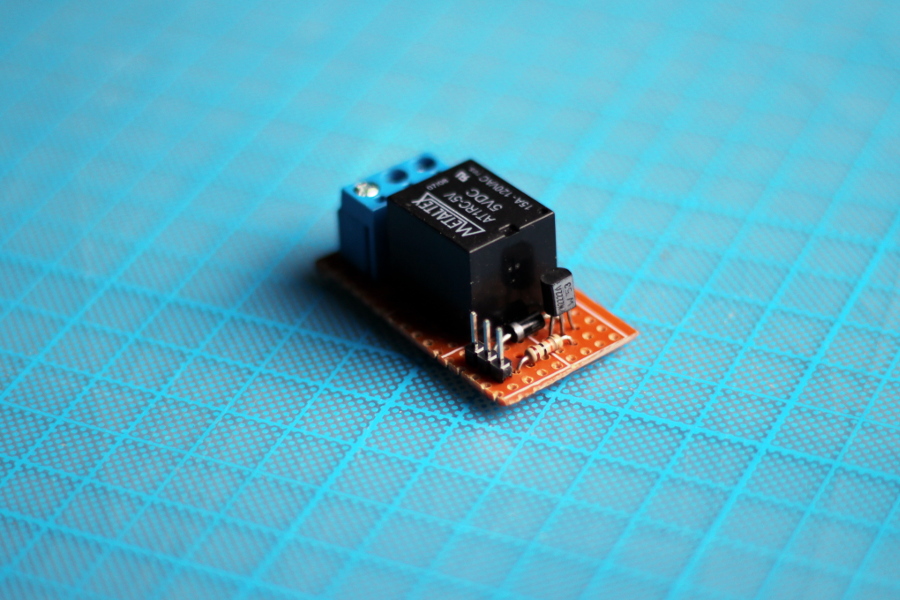 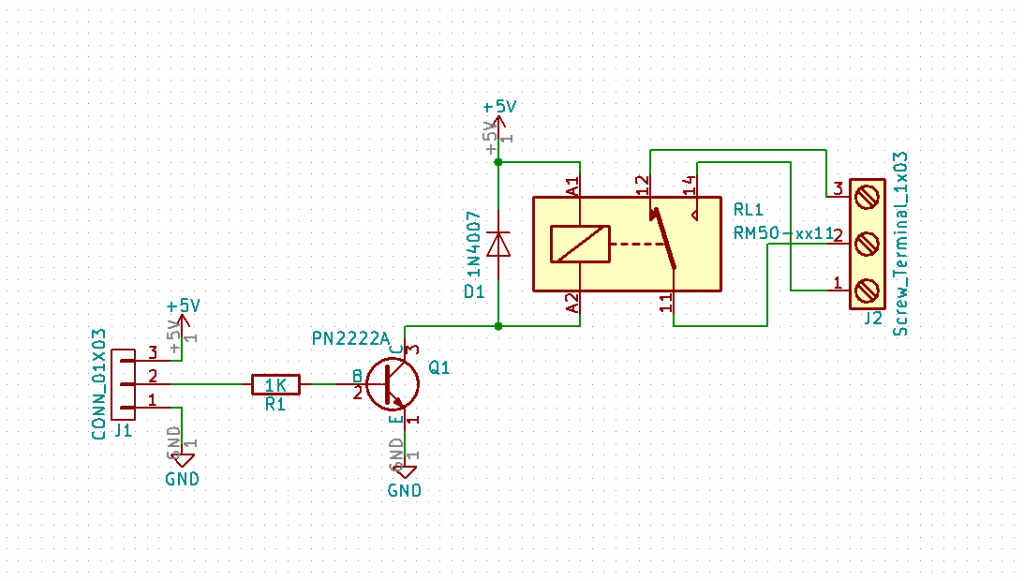 Schematic for the UV Box Relay board 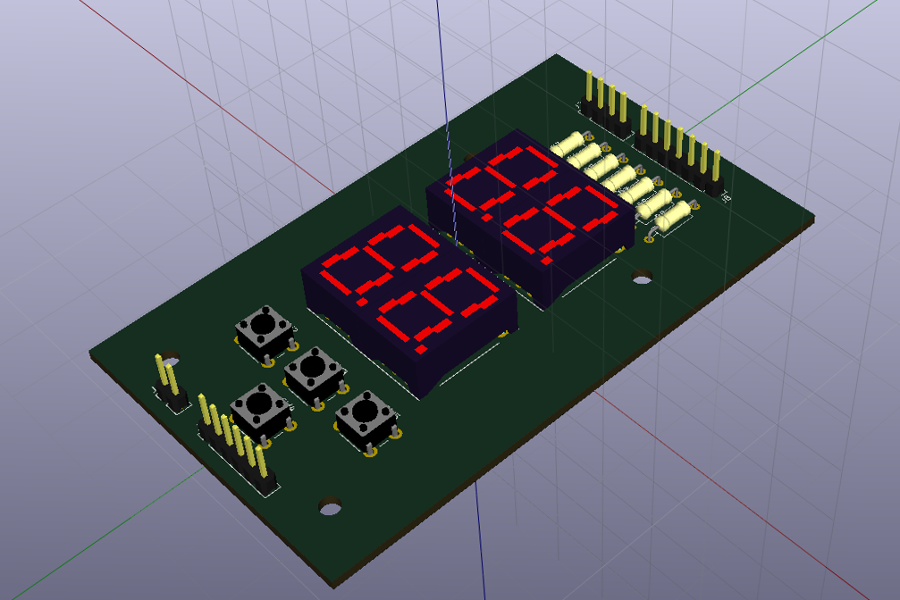 3D view of the Panel board 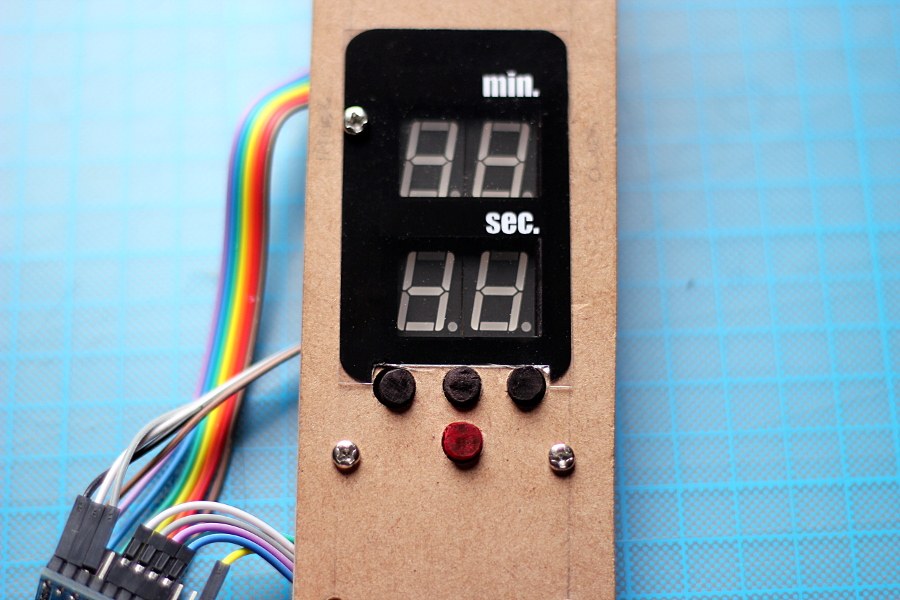 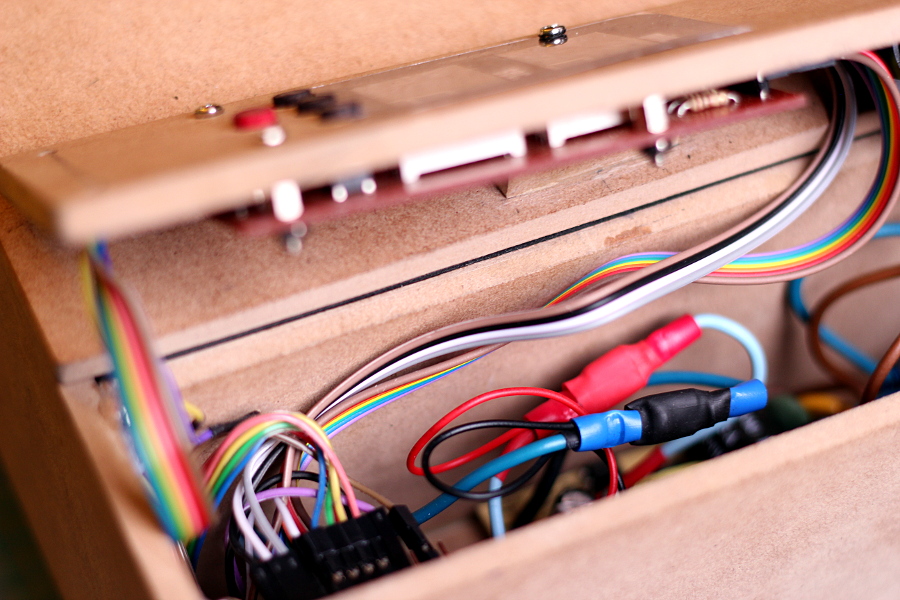 Under the Hood. Left side: arduino Pro Mini and relay board under it. Right side: Power supply. 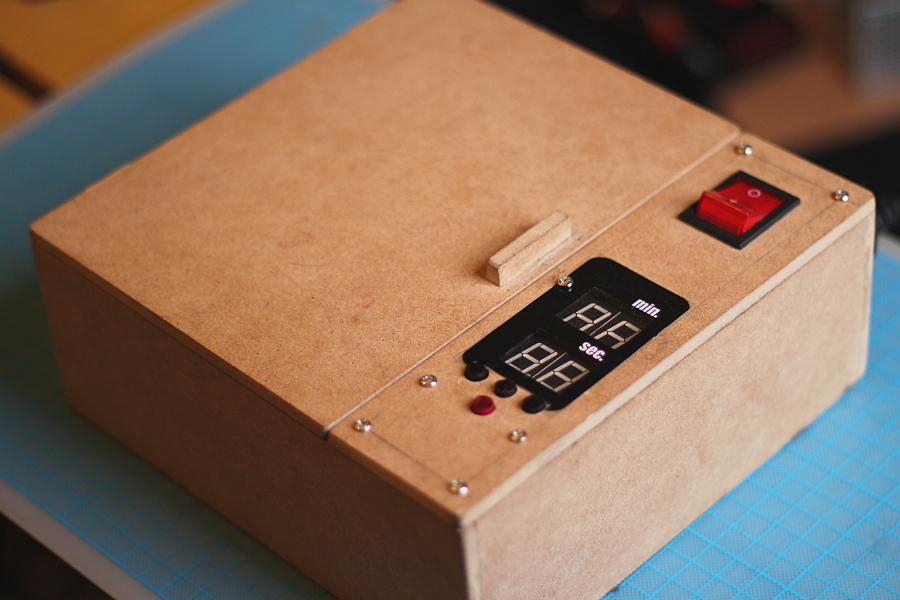 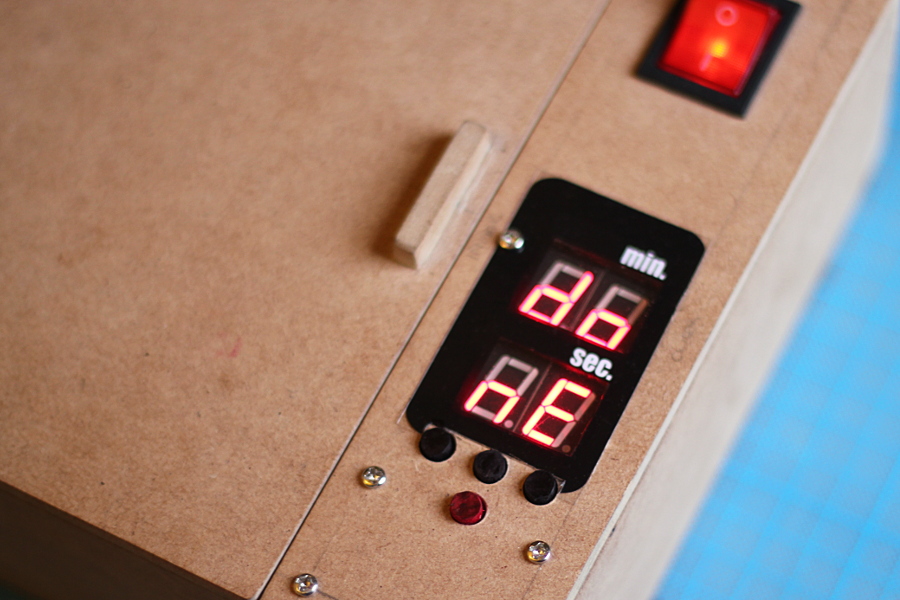 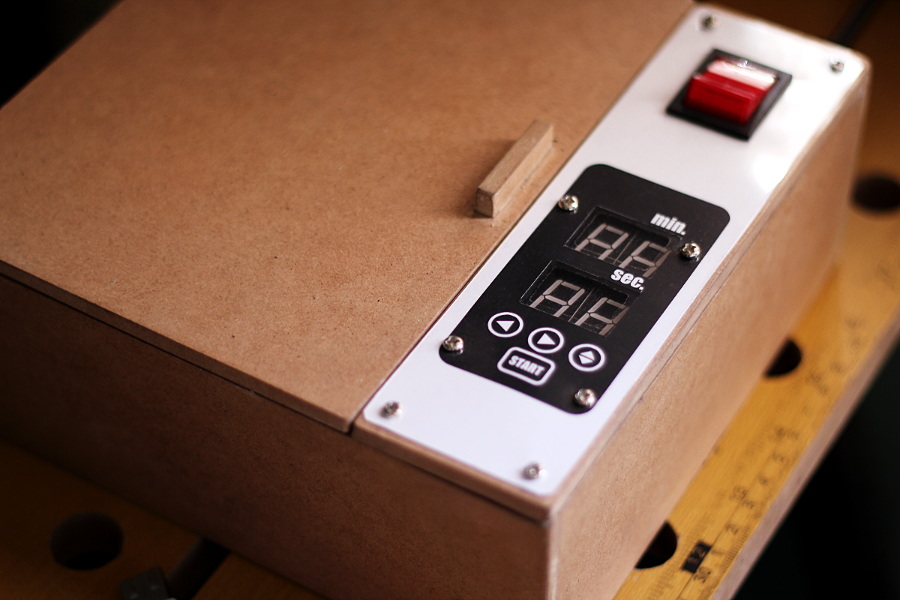